Once, a few murids and myself were with Seyh Effendi Hazretleri on 39th Street in Manhattan, near the entrance to the Dergah after the Friday night Zikr. Seyh Effendi would often go down to the street at night once the activities with the jamat had completed, and spend some time there, surveying the scene, and the hour was usually late. If you’ve been around there during that time, you know that it is like a jungle.

Once on such a night, a man holding a brown paper bag in the crude shape of a bottle, and who had clearly been drinking, started down the street and approached us. Seyh Effendi greeted him with a smile and asked him how he was. The man, returned the greeting and started a conversation with Seyh Effendi.

I noticed a few things as this occurred. Seyh Effendi, not once, dismissed him, or talked down to him or waved him off. Instead, to my surprise, he engaged him in a very friendly manner, as if you would an old friend, and really listened to what this drunk man had to say. I was very surprised by this, as I’d never seen anything like this before. Up until that point, I would try to avoid drunks, of course, and never in my life had I seen an elder, or an Islamic scholar, or someone we regard as holy to welcome a drunk man on the street. But here we witnessed Seyh Effendi, with his welcoming manner, holy presence and smiling face converse with this man with sincerity. This manner of my Seyh, of course had a profound effect on the man. He looked at Seyh Effendi: He paused and really took a good look, and in turn smiled back at him, and exclaimed, “Wow! It’s nice to meet you!”

The man repeated it and suddenly, quietly, began to cry and came closer to hug Seyh Effendi. Seyh Effendi hugged him back and I was able to snap a picture of them together.

Afterwards, Seyh Effendi reached into his pocket and pulled out a candy and gave it to him, and told him not to worry, he would see him again. This made the man happy, and he kept turning around to look at Seyh Effendi, bleary eyed with a smile on his face, as he walked away.

Seyh Effendi then said to those of us who were standing there witnessing this amazing event, “Make them to say the Shahadat. Even if they don’t know what they’re saying, it’s ok. Let the tongue to say those words. It will come back to them one day before they go out from this world, as a protection. It is enough for the tongue to say it. One day it will enter the heart.”

There are thousands of such incidents that many of who were blessed to be in the company of our Seyh, have experienced. To watch a man, a stranger to us and we to him, go from a life of unbelief to belief in an instant, without any ‘da’wah’, or chillah, or debating, is nothing short of a miracle. I kept thinking that I used to read about incidents like these about the Holy Prophet ASWS. When people would encounter the Holy Prophet ASWS, and look on his beautiful shining face and fall in love and accept Islam on his hand. And Allah made me to witness it live with one of His Most Beloved Ones, Sahibul Saif, Seyh Abdul Kerim al Kibrisi al Hakkani Hz. It was as if to say, ‘Look! It is not dead, it is alive! It is not past, it is present and continues with the Inheritors of the Holy Prophet ASWS, and you are with one now, look!’

Everyone has a job. What was Seyh Effendi doing late on a Friday night on 39th Street in Manhattan, when the whole world was busy getting into their own troubles? He was fulfilling the mission of the Holy Prophet ASWS. He was pulling people out of the jungle, out of their own swamp of troubles, and cleaning them up as he did his whole life. I am one from the thousands he pulled out. Our Lukman Effendi Hz continues to keep our Seyh Effendi’s and our Holy Prophet’s mission alive, May Allah grant him long life and strength. I pray and ask help that I’m able to serve in a way that is pleasing to them Insh’Allah. May Allah raise Sahibul Saif’s station and protect and continue to give more strength and support to our Lukman Effendi Hz in this holy month. Ameen. 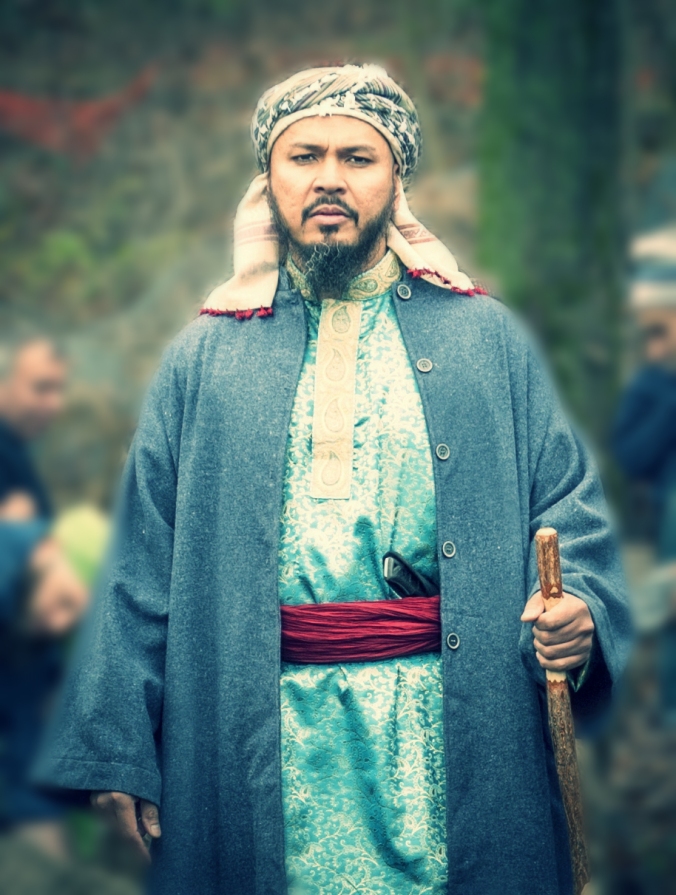