Our Sheykh Effendi is giving the importance to the value of workdogs. (Sheykh Effendi has a family of Kangals, who are a proud breed which are fiercely loyal, and devoted servants to their master) – This is posted up on our Dergah wall upstate: 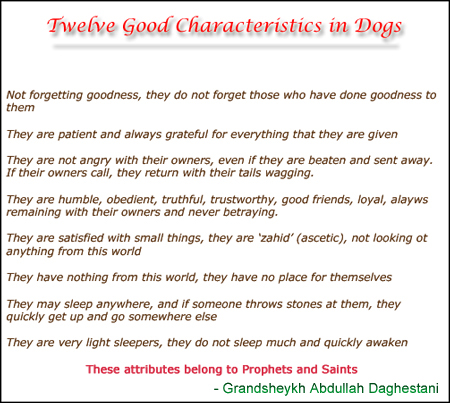 I picked this up on my travels as well – Here is an excerpt:

Using the medium of Ottoman historical records and the observations of early Western travelers in Asia Minor, principally in the nineteenth century, we are able to trace the presence and use of dogs in Ottoman Turkey. These observations clearly establish that the Ottomans recognized several breeds of dogs, protected their purity, and long ago established the precedent for the multiple breed classification of the modern dogs of Turkey. 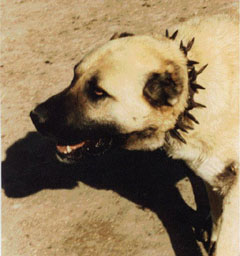 Evliya Efendi (1614-1682) or, as he is also named, Evliya «elebi, regarded as a usually reliable source by modern Turkish scholars (Shaw, 1976), recorded in his monumental Seyahatname (Book of Travels) that the seventeenth century Ottomans recognized two distinct breeds of agricultural guard dogs (Evliya, 1834).

One guard dog breed was named the Samsun dog. They reputedly originated in the vicinity of Kastamonu, a Turkish city not far from the Black Sea port of Samsun. Evliya described them as, “…large dogs, like lions…”. Their keepers among the Janissaries, the elite infantry units of the Ottomans, occupied special barracks and were called samsunji’s.

The second guard dog breed, which was reputed to originate from the shores of Africa, then a part of the Ottoman Empire, was described as “…large dogs, the size of asses, and fierce as lions.” 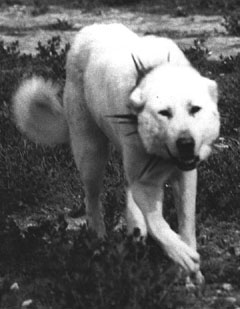 On festival days, these great dogs were led in procession by two or three men holding them by chains. On such occasions, the dogs were decked out in satin cloth covers and wore silver collars with iron points.

In peace time, these two breeds were used primarily by the Court and the Janissaries as livestock guarding dogs on the mandras or sheepwalks. We may infer, however, that they also doubled as combat dogs in time of war as some of them wore armor in parades and, as Evliya notes, they could “…on command pull a man down from his horse, however stout he may be…”.

5 thoughts on “Dogbreeds of the Ottoman Empire”